Facing off against Mooney and one other Republican in the August 23rd primary election, this will be the second time Lopez challenges Mooney, and the third time she is taking on Tallahassee's Republican leadership. Lopez previously filed in the 2020 House District 120 primary where she lost by a narrow 148 votes.

Running as a self described "true Conservative Republican," Lopez contrasts her list of endorsements and positions on key local issues against the actions taken by Mooney.

As per her website, Lopez states she will work alongside Governor Ron DeSantis to protect children and support parental rights, in contrast to Mooney's controversial decision to vote against the Governor's Parental Rights in Education bill this year. Lopez also points out that Mooney has received donations from Disney, a corporation which publicly attacked the bill.

Another area of contention, Lopez cites Mooney's vote for the commercial dredging of Florida's seagrass and his support for SB 2508 which she states would divert water north to special interest groups. DeSantis vetoed the bill on June 8 while companion bills passed.

In an email sent to voters, Lopez writes she "will vote alongside Governor DeSantis on keeping clean water flowing south" to the Everglades and the Florida Bay and will "protect seagrasses from big developers."

"Rebman Lopez and her husband, ex-Navy fighter pilot Jorge Lopez, is active in community groups like the Ocean Reef Community Association and the Bonefish Bonnies, an all-woman anglers organization."

A Senior Executive for her husband's company, PECO International Electric, Lopez takes pride in her independent business background. Founded in 1963, PECO operates across the Caribbean, South, Central and North America.

Lopez is also a skilled fundraiser who raised more than $246,000 in 2020 -roughly $116,000 more than Mooney. Lopez also received endorsements from prominent local leaders such as Homestead Mayor Steve Losner.

Lopez states she believes Mooney remains dependent on leadership and is as a career politician who went to the legislature to "juice up his career."

In an August 5 press note, Lopez stated Mooney "has not shown the enthusiasm and attention to detail that we the constituents need."

“Rebman Lopez chose to enter the 2022 race after having been approached by numerous activists and voters concerned about local and state issues that are being neglected or outright ignored by their current representative. We deserve better,” a campaign statement said.

“As a small business owner, military spouse and local activist, Rhonda understands the unique needs of Monroe County and southern Dade County. She will ensure that critical issues facing the district and the state of Florida will no longer be ignored by the current officeholder, and she has the energy and determination needed to deliver these results for the people of District 120.”

Despite her backing from an array of allies of DeSantis such as the South Florida Police Benevolent Association, the Republican Liberty Caucus of Florida, Florida Family Action, and receiving a "highly qualified" rating from the Christian Family Coalition, and an "AQ" rating from the National Rifle Association, Lopez has been consistently attacked by Republican leadership in Tallahassee.

Labeling Lopez as a "RINO," a socialist, and claiming Lopez has been "handpicked by socialist democrats" through mail campaigns, the Florida House Republican Campaign Committee of Tallahassee has been interfering in the primary process to support incumbent Jim Mooney.

The Tallahassee Republican leadership has failed to provide evidence corroborating these attacks on Lopez. 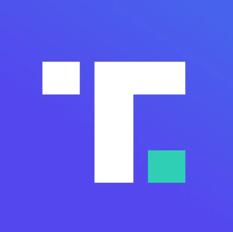